Claire is a Milwaukee teacher who grew up in Whitefish Bay, Wisconsin.

In 8th grade Claire told her mom she wanted one of “those curly handlebar” bikes. Once she got one, she used biking as their primary mode of transportation to get around town. After finishing a 15-miler with a friend, she felt the freedom that it brought and that she could go anywhere. That’s when she said to her friend, “we should ride across the country one day.” That was the start to a relationship where Claire has now put over 10,000 (strictly touring) miles on her bike, along with biking as a primary means for getting around.

After she graduated from college, Claire still had the urge to go across the country. While her friend might have tapered away from those ideas, Claire’s sister Kate expressed interest in going with her.

She got old ten-speed road bike that had been sitting in the garage at her cabin to a local bike shop and said, “I am going to ride across the country on this.” Instead of offering her alternative advice, they said, "ok," fixed it up to the best of their ability, put some front and rear racks on the bike, and sent her on her way.

With no previous experience, Claire and her sister Kate were determined to set off to Portland. In the summer of 2010, Claire and Kate utilized Adventure Cycling, a nonprofit organization who helps curate travel cycling routes (check 'em out!). They then planned to take the Louis and Clarke Trail from Portland, OR to Milwaukee, WI completely self-supported. With a year interim, they rode across the country from Portland Oregon, to Portland Maine.

Most of the time they stayed at campgrounds along the way. Later on in her travels she found help through Warm Showers. 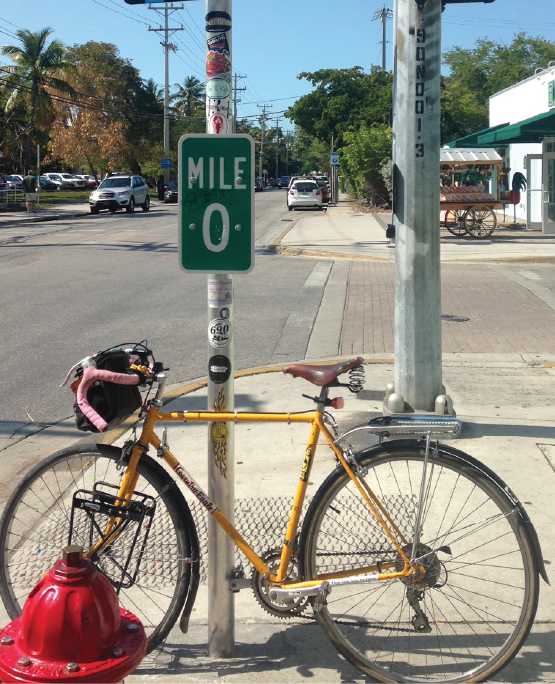 What did you do to to research bike touring?

I Initially used the help of Adventure Cycling to help with the first trip. From there I just used google maps, and printed out turn-by-turn directions on google maps for every day. Things are a little easier now with google maps, but at the time, that was what there was.

How did you train?

Ride as much as you can, but nothing can prepare you for what’s ahead. When you have the whole day to ride, you just get better.

What surprised you the most in your travels?

People say, “aren’t you scared?” But the more surprising thing was how nice people were along the way. You meet a lot of interesting people, and a variety of people, some even ask if you want a place to stay.  That was by far the biggest takeaway from each trip.

Did you run into any trouble along the way?

Besides a sleepless night where wild boars circled the campsite, a few wrong turns were the only problems that arose. 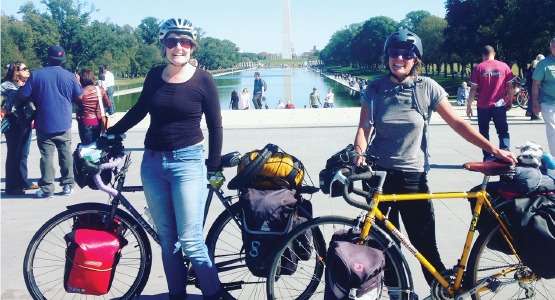 What advice do you give?

You can do it!”If I can ride over the rocky mountains on an old 10-speed, than you can too, you just have to want it.

Since her first bike trip, Claire’s done 4 major bike tours, countless other small trips, and has traveled by bike over 10,000 miles!