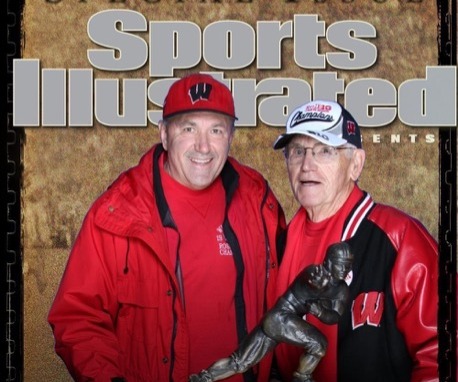 To this day, Bob Koebert, 90, and Robb  Koebert, MD, 65, have enjoyed many years of biking events and skiing the Birkebeiner (“Birkie”), North America’s largest cross country ski race, together.  Though they look like natural athletes, both father and son discovered these sports as adults for different personal reasons.   The result has been an opportunity to spend time together and deepen their relationship.

You both came to biking slowly but quickly led you to some significant bike/skiing events.  How did that journey begin for you, and how did you encourage each other along the way?

Bob: I didn’t do much biking or sports in my youth.   I was nearly 50 years old when I decided to take up cross country skiing, which led me to my first Birkie in 1973.    I stopped participating at 83 years old (after over 30 years) and was given the Patriarch Award as the oldest racer.

I also started running during that same time, which led me to do triathlons.  That is what started my biking.  And then I started getting in better shape and riding longer.   Robb had been biking for some time and asked me to ride the first Firehouse 50 together in the 1980s.

I continued to bike and rode over 900 miles on my comfort bike while spending this winter in Tuscon.

Robb: I remember at five or six years old the first day without training wheels when they fell off and had to learn to ride without them.   I grew up riding bikes like most kids to meet up for a baseball game or get to school.

My first bike adventure came my freshman year at UW (University of Wisconsin-Madison) when I road 75 miles from Madison to Milwaukee.  I thought that was unbelievable back then, but now that’s very typical for me.

I took up biking in medical school to reduce stress and get some exercise.   Biking showed me how to become aware of my surroundings.    My dad bought me my first Trek (the 1400 road bike) that led us to do our first the Firehouse 50 road race in Grandview.

My dad influenced me to participate in my first Birkie race with his longtime buddies.  It nearly killed me, but I got better.   My dad encouraged me to keep going.   It’s been great to see him ski into his 80s and now bike into his 90s. 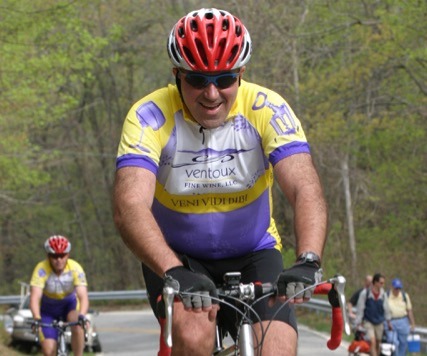 What are some of your favorite biking memories together?

Robb:  We’ve ridden the UPAF Ride for the Arts every year.  My dad has ridden every ride from the beginning, except this year.   But he still participated as a volunteer.

We started riding the Firehouse 50 ride in Grandview many years ago which has been a very special time with my dad.

Bob:  Riding UPAF Ride for the Arts has been enjoyable to do together.  So I volunteered to still be together with Robb and my family.    I’ve enjoyed the Firehouse 50 together.   He’s too good for me, but we had fun rooming together. 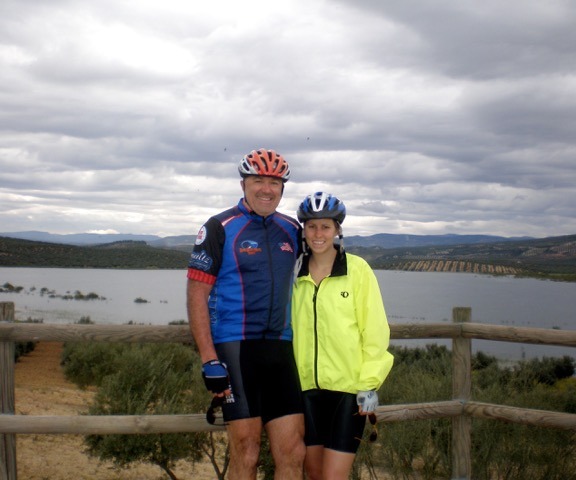 How has your relationship changed as you’ve gotten older?

Bob:  It’s so nice to have him close and watch my family growing up.   I love watching Robb be a grandfather and so interested in his new grandson.

Robb:  My dad is my role model and one of the finest people I have ever met.   He’s an outstanding person and friend who has taught me the value of being good to others. 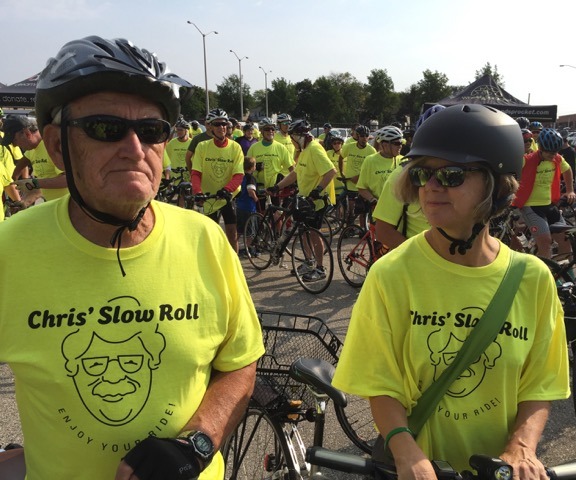 What is your advice to dads about biking and life?

Robb:  Get out and be active.   Limit that time in front of the screen.   There are so many things you can do as a family.  For instance, I made a week-long Katy Trail (across Missouri) trip with my daughter on a tandem that I will never forget.   We’ve also made these beautiful Wisconsin trails like the Elroy Sparta.  Or do the UPAF ride together since any skill can participate.    You are creating memories that you’ll never forget.

Bob:  Enjoy your family because they are so special.  Make time to do things with your children, like biking or skiing.  For me, it’s been so nice to have them so close and watch them all grow up. 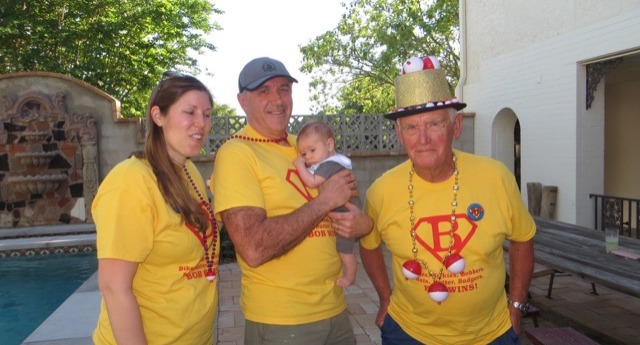 Will your new grandsons be biking?

Robb:   I plan on starting them both early with a balance bike!